Security+ is a certification that can be acquired by people who want to get into a career in fields such as cyber security. There are a few different options such as working as freelance vendors in this industry or get a permanent job for a company who needs their computers and networks protected from hackers, viruses or any of the other things out there that can destroy an IT network. Once this certification is acquired, it will prove the individual has competency in the following skills:

END_OF_DOCUMENT_TOKEN_TO_BE_REPLACED

The Security+ certificate provided by CompTia is something that major companies require for a wide variety of different vendors who work in the cyber security and tech sectors of their company. It doesn’t matter how much experience a worker has in these fields—if they don’t have this certificate they won’t be hired for a job in most cases. Therefore, if someone wants to work for the department of defense for any government or a United States defense contractor, they need to pass the test and obtain the CompTia Security+ certificate.

END_OF_DOCUMENT_TOKEN_TO_BE_REPLACED

The Security+ Practice Test is a well-known valuable asset within the IT Industry. A reason for obtaining such certification is to enhance your professional profile within the information technology industry. IT Security is growing at an increasing rate, meaning more jobs for those with proper credentials and qualifications. As a $60 billion industry with rapid growth, certification of authenticity will give your resume that extra boost in a demanding field.

END_OF_DOCUMENT_TOKEN_TO_BE_REPLACED

Security training is an important thing to know how to do in this day in age, as our computer networks are more vulnerable than ever to hackers and viruses, among many other technical threats. However, knowing how to properly secure a computer or a network of computers from these constant and ever-changing threats can be a very important and ultimately lucrative skill, which can be a real career for someone in the future. This is a skill that takes some time to learn and most large companies who are hiring people to set up and manage their security will require their security contractors or permanent employees to have a certificate proving they have been properly trained.

END_OF_DOCUMENT_TOKEN_TO_BE_REPLACED

There is an ever increasing demand for security specialists to handle computer privacy in all industries. This is because of the complexities involved in the IT world and the many challenges that present themselves each day. A good specialist is as good as the study materials used for training. However, computer privacy isn’t all about passing the examination. It’s true to say that knowledge is what is left after all examinations as this is what makes a good Security + specialist.

END_OF_DOCUMENT_TOKEN_TO_BE_REPLACED

The Security+ exam can be difficult, especially if you have other daily commitments that limit your study time. There are several books on the market that give you the information you need to learn to pass the exam and excel in your endeavors after the exam. Whether you are limited on study time, or just want to pack all the learning in that you can, it is important to choose the best Security+ training books out there and the books below are just a few of them.

END_OF_DOCUMENT_TOKEN_TO_BE_REPLACED

A "Pony" took a ride on the typing fingers of close to two million unwitting computer users when they logged in to their Facebook, Twitter, Google, Yahoo or certain other online accounts beginning October 21, 2013, as reported by ABCnews and CNNMoney. Pony is the name of a keylogging software program which captured log-in credentials and passwords according to Trustwave, an information security company which investigated and exposed the colossal cybersecurity breach.

END_OF_DOCUMENT_TOKEN_TO_BE_REPLACED 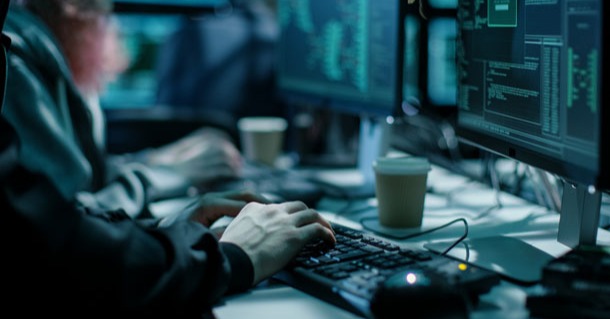 If you are looking to become a certified ethical hacker, then there is a training class that you will have to go through. In order to do this, there are some things you should know.

END_OF_DOCUMENT_TOKEN_TO_BE_REPLACED

CEH stands for Certified Ethical Hacker. It is a type of professional certification that is offered and provided by an organization called the International Council of E-Commerce Consultants. As its name implies, this title refers to hackers who are not out to defraud anyone or commit a crime; ethical hackers may use the same basic methods as a criminal hacker, but their focus is to help find and repair computer security issues and vulnerabilities for businesses and organizations.

END_OF_DOCUMENT_TOKEN_TO_BE_REPLACED

The vision of a hacker sitting in a darkened room pecking away on a keyboard with computer code scrolling down three separate monitors morphs to an invaluable member of the business world. Legal hacking grabs the attention of many who want to use their computer coding and puzzling skills to earn a living instead of running from the law.