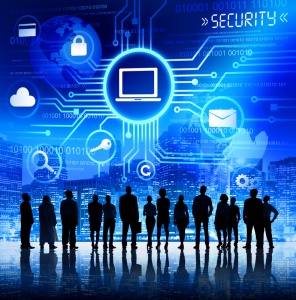 The Bureau of Labor Statistics (BLS) expects employment in the field Information Technology, which it labels “Computer and Information Systems Managers,” to grow 18 percent in the decade between 2010 and 2020, a rate of growth that it considers average across all occupations. Growth will be driven by technology upgrades, changes in networks, increased attention to security and the growing needs of the healthcare industry. The BLS expects conflicting forces, including the risk that jobs will move to lower-wage countries, to affect salary ranges in IT, with a wide range of pay among the common IT roles defined by the agency.

Network and Systems Administrators
Median pay for network and systems administrators stood at $76,000 in 2015. The lowest 10 percent, consistent with entry-level positions, earned up to $45,000, but salary estimates are complicated by wide variation among industries. Network and systems administrators employed by educational institutions, whether public or private, earned median salaries of $59,230. Their peers in finance and insurance earned median salaries of $72,660. Similar discrepancies can be expected in pay at the entry level, as well.

Computer Programmers
Starting pay for programmers, consistent with compensation offered to the lowest 10 percent of the category, was as much as $40,000 in 2015. Median salary was $77,000. The BLS takes special note of the category’s vulnerability to overseas outsourcing, perhaps partly explaining a relatively anemic growth rate of 12 percent.

Systems Analysts
Computer systems analysts earned a median of $44,299-$91,974 in 2015. Incomes varied according to sector, but not to the extent shown in other categories. Database administrators in government earned least, with median incomes of $95,000, compared to a median of $85,000 for analysts employed in finance and insurance.

Growth is expected to match the 22 percent rate projected for all computer occupations.

Security Analysts and Network Architects
While the median income for security analysts and network architects was between $82,000-$98,000 in 2015 there are enormous variations in the field. Robert Half Technology, for example, estimated that the salary for a security analyst ranged from $89,000 to $117,750, with pay dependent on factors including location, industry and specific technical qualifications.

Software Developers
Median incomes for developers are the highest IT incomes for positions that do not require advanced degrees. In 2015, median pay stood at $92,660. Developers in the lowest 10 percent earned up to $59,000. With a projected rate of 30 percent, growth is expected to be robust for the category.

For developers, variations in pay depend on the type of development they do, rather than the specific industry in which they work. Developers of systems software have the highest median incomes, earning $106,050. Software developers who focus on applications development have median earnings at the low end of the scale, with median salaries of $95,000.