Why the Python Language is Important to Security 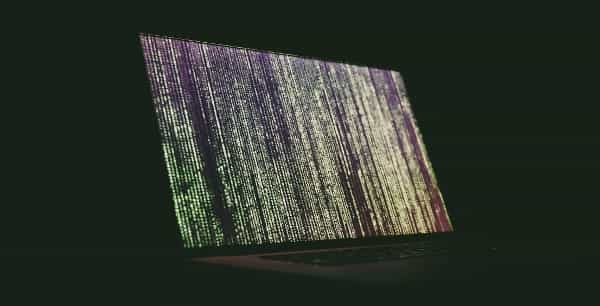 In a constantly changing online security landscape, it's important for security professionals to be able to react quickly to new threats. The problem is that many of the more powerful coding languages are complex and take quite some time to write in test and execute. However, for professionals who know the Python language, swiftly addressing security issues isn't an issue.

Python is a language based on C and C++ that has also been influenced by a number of different codes. Its chief benefit is its versatility, which allows it to behave as a script or an application very easily and is also cross-platform. Common tasks can be effortlessly automated and a very clean and strict syntax makes it simple to read, collaborate, and pick up from very little experience. It can be argued that its very restrictiveness is what makes Python so versatile.

A Model of Flexibility

Python is a highly structured language with very strict syntactical rules that must be followed. That being said, that actually makes it easier to use to its greatest effect.

Unlike other languages, Python is much cleaner in execution. Rather than a number of different approaches that lead to inelegant code, the waste of system resources, and exploitable mistakes that hackers and nefarious actors can take advantage of, Python has a defined method of task execution.

By not allowing as many exploits to manifest themselves and making it simple to learn, Python has developed a creative environment where people can more easily play within the defined rules. Because it's so simple, many more possibilities are open that wouldn't be there if users are just trying to figure out how to make it work at all.

The ease with which Python can be used also makes it possible to rapidly develop new applications as needed and easily integrate previously used scripts and executables into the new code seamlessly. Similarly, it can create or extend modules in C, C++, Java, or .NET and has scripting capability that can embed in other applications.

All of this combines to make it much easier to respond to security threats and avoid significant exploits in the first place.

A strong language is really only as good as the libraries that it has, of which Python has quite a few. In fact, you can find a full spectrum of features within their libraries, making it possible to respond even more quickly to security threats and to explore new ways that hackers might attempt to assault a system in order to prevent those sorts of attacks from actually happening.

One of the strongest benefits of the Python libraries for penetration testers is that it comes with a wide range of tools designed to test the security of a particular application and find holes that the programmers might accidentally miss. Much of the language encourages this sort of exploration and makes it much simpler to build a strong, difficult to break application or script from the get-go instead of scrambling to fix problems that wouldn't have been noticed without extensive alpha testing.

In that same way, many of the Python libraries are modular and easy to integrate into a project, but are prepared to deal with common security threats automatically. They have been tested and tested again to make sure that they can be used to save time for the developer but ensure that the most common problems are addressed in advance.

Perhaps the best thing about Python when it comes to security is that it is endlessly scalable. While something like Perl might be good for small scripts and limited projects, Python was designed to work with small websites to large corporate systems with equal ease. This very scalability makes it ideal for diverse coding needs within an organization as well, since it's very likely that multiple projects covering a wide variety of tasks will need to be completed, and all of them will need the solid security measures that Python provides.

Python is designed as a user's language. It gives developers all of the tools that they need in order to build solid applications that won't fall prey to common exploits inherent in more complicated programs. Additionally, it also allows these applications to be altered as necessary for when somebody comes along who finds a new way in. Python makes it easy to ensure your data remains secure. Security professionals should make it a top priority to become Python educated in order to become the strongest asset to their company as possible.

If you are interested in learning Python, in the Washington DC region, TrainACE offers a week long Python for Security Professionals boot camp at it's office in Greenbelt, MD and Ashburn, VA.