Back to the Future: Why It’s Still Worth Learning C 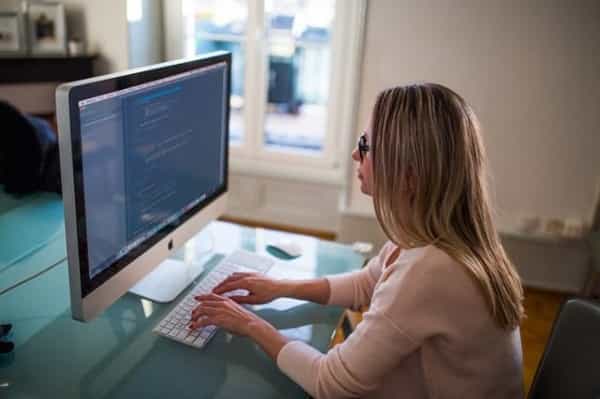 According to data from a recent McKinsey & Company report, the demand for “advanced IT and programming skills” could grow by 90 percent over the next ten years. Right now, developers are leaning on advanced code technologies such as Python, Ruby, and JavaScript to create cutting-edge web and mobile applications.

So where does this leave classic C programming? Created in 1969 by Dennis Ritchie, this mid-level procedural programming language is more complicated than its modern counterparts and isn’t the current go-to for programmatic or responsive web apps.

Despite its challenges, however, there’s still a strong case for learning C: Here’s how going back can benefit the future of your IT career.

The Current State of C

As noted by CIO, this unique position makes C worth learning – even if programmers don’t use it day-to-day. Why? Because “it makes other languages quicker to learn and easier to master.” While Python or Ruby may allow developers to complete specific tasks or deliver key functionality quickly, their mechanisms are obtuse: If something goes wrong, programmers with only higher-level training may struggle to identify the issue.

C acts as a Rosetta stone, giving IT pros knowledge of underlying system architecture and rules rather than merely a high-level overview. C also uses fewer libraries than its counterparts, forcing programmers to write more code from scratch and discover how key operations such as pointers and memory locations work to support applications at scale.

Still, many experts recommend that programmers start with a more straightforward language and then move to C once they’re familiar with core functionalities. Why? Because many web apps don’t benefit from C directly, and C itself is error-prone – approximately 80 percent of common C errors have been remediated and removed by other programming languages.

If C is just a coding artifact, why should IT experts bother learning it? Sure, a broader knowledge of coding history – often compared to knowing some Latin and its role in impacting other languages – can provide specific insight, but it that worth it in a world driven by mobile-first development?

While most IT job ads don’t list C as a requirement, they often include calls for multiple other languages as either necessary or “nice to have” – meaning skill in Python, Java or up-and-coming tools like Scala or Elixir – make job applications stand out.

Put simply, companies want programming polyglots: Staff capable of writing, debugging and optimizing code in multiple languages. This skill is useful not only for application development but also for the rapidly-growing cybersecurity sector – which currently struggles to fill vacant job positions and will likely encounter increasing staff shortages over the next five years.

This is the fundamental value of C: By understanding the underlying architecture of computing processes and code, programmers can more easily pick up and use new languages, in turn expanding their resume at speed. As noted above, learning C is often compared to learning Latin; while it’s not used extensively, it forms the basis for many other languages and gives skilled speakers the upper hand.

Ready for a C-Change?

While it’s possible to teach yourself C in your spare time, learning this structured language is challenging in isolation. Best bet? Depending on your skill level, consider introductory or advanced C courses to help you improve your language skills and develop the functional flexibility needed to compete in a changing IT job market.

What does this mean in practice? Consider the benefit of C for IoT development. NIST – headquartered in Gaithersburg, Maryland – is on the cutting-edge of IoT standards and security development. Here, C-trained staff could help develop the next generation of IoT best practices and code architectures.

Also relevant? The increasing use of C for data-heavy applications that demand results at speed. According to Health Analytics, the state of Virginia is now expanding its healthcare data-sharing system to help improve public safety – this type of data-driven framework won’t succeed without fast, clean and functional code underneath the hood.

C has matured into a reliable and widely-used tool for software development. While more user-friendly languages are currently in the spotlight thanks to mobile and responsive web app development, going back to basics with robust C training can help spark new career conversations.